Australia is a country seemingly full of all sorts of dangerous creatures, both on land and below the surface, but few inspire the tremendous fear and loathing in our great brown land down under that the Great White Shark does.
Referred to locally as White Pointers, that intense reaction has developed because when a Great White does attack a swimmer, surfer, spear-fisher or a diver the result can be horrendous and result in a gruesome death for the victim – so the fear side of the equation is very easy to understand! 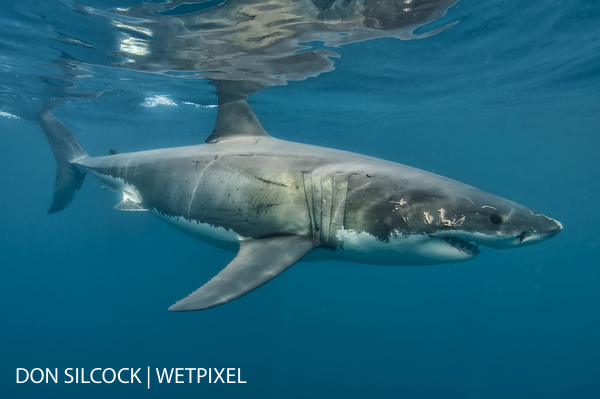 However, the loathing part is much more nuanced and largely results from the way the Australian tabloid media treat these attacks, which are almost guaranteed to make the front page and lead the nightly “news” on television.
The thing is that a shark attack provides an instant boost in circulation while a horrific one, where a death is involved, produces a huge spike in ratings. Compare the report by Australia’s Sydney tabloid the Daily Telegraph on the tragic loss of Japanese surfer Tadashi Nakahara with that of the equally tragic death of Mac Schulz) to see what I mean… 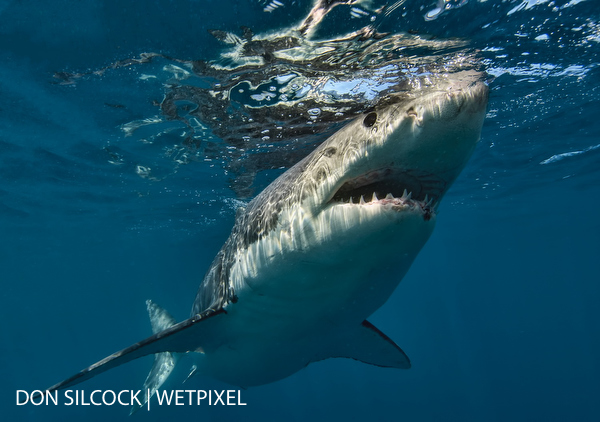 The movie Jaws was largely responsible for establishing the bad reputation, but the sensationalist treatment of shark attacks by the news media, combined with the many television “documentaries” made about them (which usually aim to scare rather than educate the viewer), has firmly entrenched the overall perception.
The reality however is significantly different and the Australian Shark Attack File data compiled by Sydney’s Taronga Zoo provides a much clearer picture. 2015 was a “bad year” with 22 confirmed cases of unprovoked shark attacks in Australia,compared to 11 such encounters in 2014 and significantly above the decadal average of 13. Of those 22 attacks in 2015, 1 was fatal and 14 resulted in injuries – 10 of which were classified as “severe”, meaning the victim was bitten.
To put those numbers in perspective on average 8 rock fishermen drown and 23 scuba-divers die each year in Australia. So, given the approximately 100m “visitations” that Surf Life Saving Australia estimate take place in our waters each year by swimmers, surfers and divers - the reality is that the risk of being a victim of a shark attack is well over 50m to 1…Even then, the chances of being attacked by a Great White are even more remote as the data from Taronga Zoo indicates that most attacks are from Bull Sharks – but data like that does not sell newspapers or make the evening news! 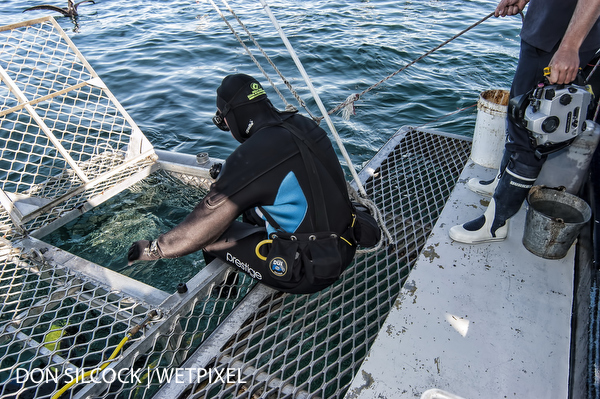 Australian Cage Diving
All that said, there is however little doubt that Great Whites are superbly evolved creatures that sit at the very top of the marine food chain as the “apex predator” and to fully appreciate that you really need to see them underwater for yourself.
Australia is one of only three locations globally where cage diving with Great Whites is conducted on a regular basis – the other two are at Gansbaai, near Cape Town in South Africa and the remote volcanic island of Guadalupe located about 240km off the west coast of Mexico’s Baja Peninsula.
In Australia, Great White Sharks are found from Central Queensland on the east coast, all the way round the bottom of the continent up to the northern parts of Western Australia, however it is the state of South Australia that is best known for them and it is also the only location in the country that allows cage diving. 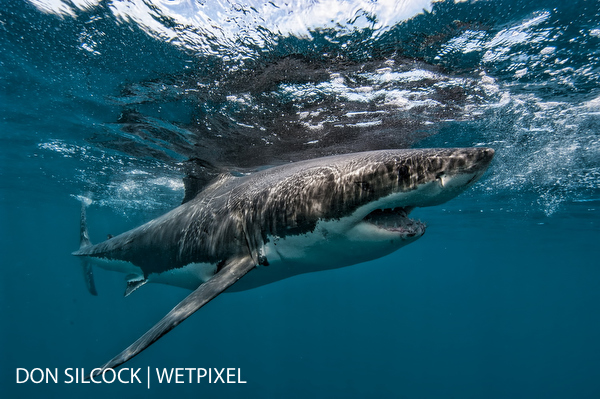 Pioneered by Aussie diving legends and film-makers Ron and Valerie Taylor, along with famous Great White Shark attack survivor Rodney Fox, cage diving is the closest you can possibly get to seeing these incredible creatures in their natural environment.
In South Australia cage diving is only permitted at the Neptune Islands, a group of 4 small Islands located some 20 miles south-east of the Eyre Peninsula and about half-way to Kangaroo Island in the Great Australian Bight (ght, not te…) - the huge open bay that covers most of the southern coastline of the Australian continent. 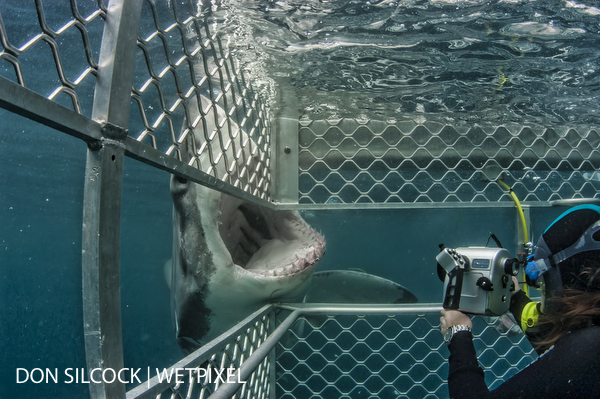 Great Whites are found in significant numbers at the Neptune Islands because of the island’s colony of New Zealand Fur Seals, which is the largest in Australia and provides an abundant supply of exactly the sort of high-fat food the sharks prefer.
Large male Great White Sharks can be seen all-year round at the Neptune’s but it is from April through to August when the seal pups born around the start of the year begin leaving the safety of land to feed for themselves, that the much larger female sharks are to be found there.