Let’s Speak Up for Sharks

Sharks have existed on this planet for over 450 million years, they both pre date and have out lived the dinosaurs. As a species, they have survived 5 major extinction events that have wiped almost all life off the earth. Yet in the past 100 years their global populations have shrunk to a point where their very survival is tenuous and extinction is a strong possibility. How did these miracles of evolution and survival in the most extreme of circumstances become so threatened?
The simple answer is the effects of man. Throughout their long evolutionary history, sharks have been the apex predators, occupying a position at the top of the food chain. They have become specialized as such and biological adaptations like long gestation periods, slow sexual maturity and giving birth to live young make sense when they are not predated upon. Unfortunately these types of adaption also make them extremely vulnerable to over fishing. The simple fact is that as apex predators, there are simply not that many of them. 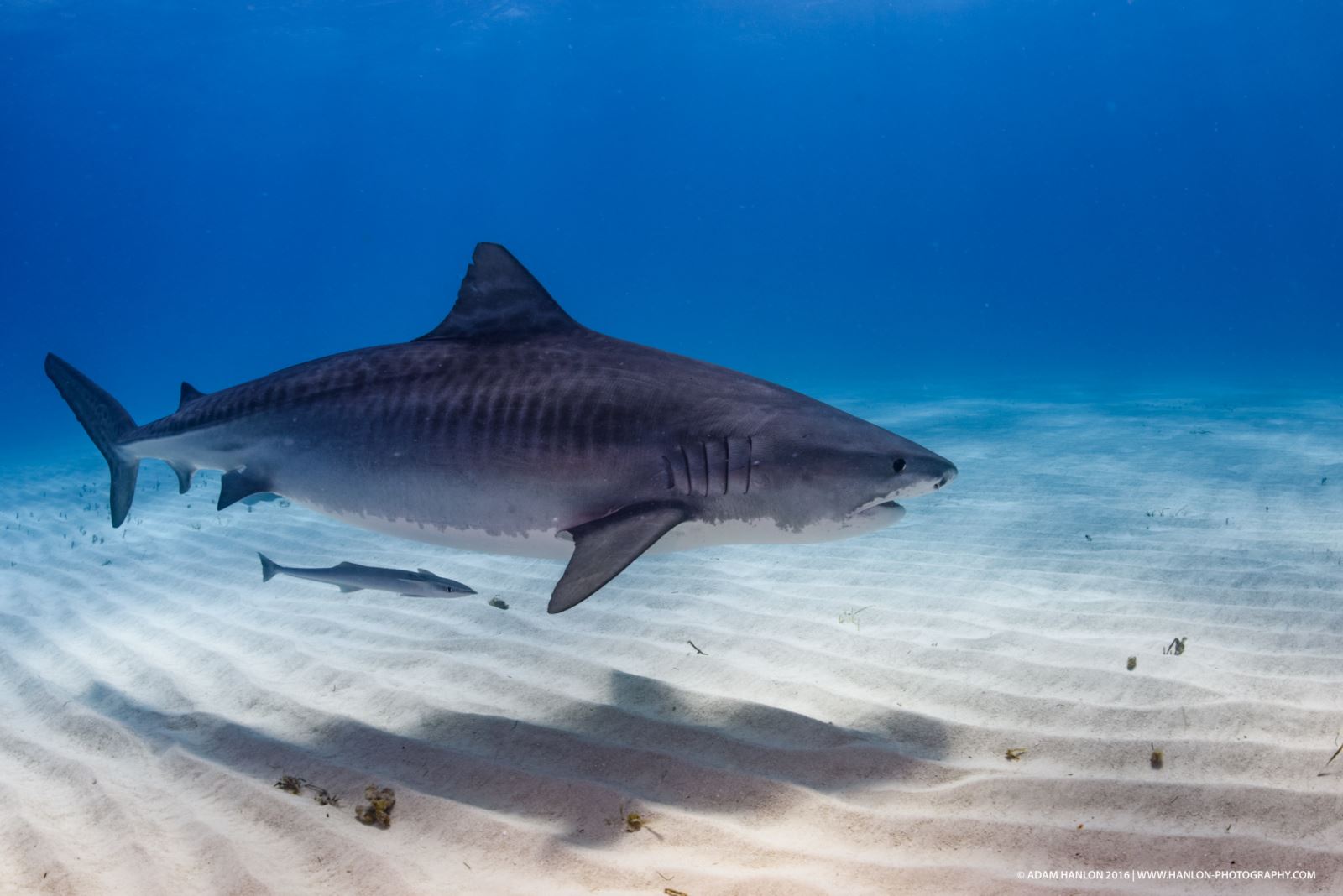 A 2013 study published in the journal Marine Policy  looked at reported catch numbers of sharks and concluded that there are between 63 and 273 million animals caught annually. The majority of these are caught either in order to harvest their fin, or as bycatch in other fishing operations.
Shark fin soup's origins date back to the Sung Dynasty (968AD). It was served by the Chinese emperors as an ostentatious display of power, wealth and generosity. Of course, for much of human history, catching sharks has been a pretty dangerous and difficult business, so it was a scarce commodity and this enhanced the reputation of the person that served it to his or her guests.
However modern commercial fishing methods, in particular long lining, has rendered the catching of sharks to a mechanical operation, with no more difficulty or danger than the landing of any other fish species. Over the last 50 years or so merchants have realized that they can market shark fin as being exclusive and rare. This allows them to charge a premium and generates a demand for those seeking to impress their guests with their largess. 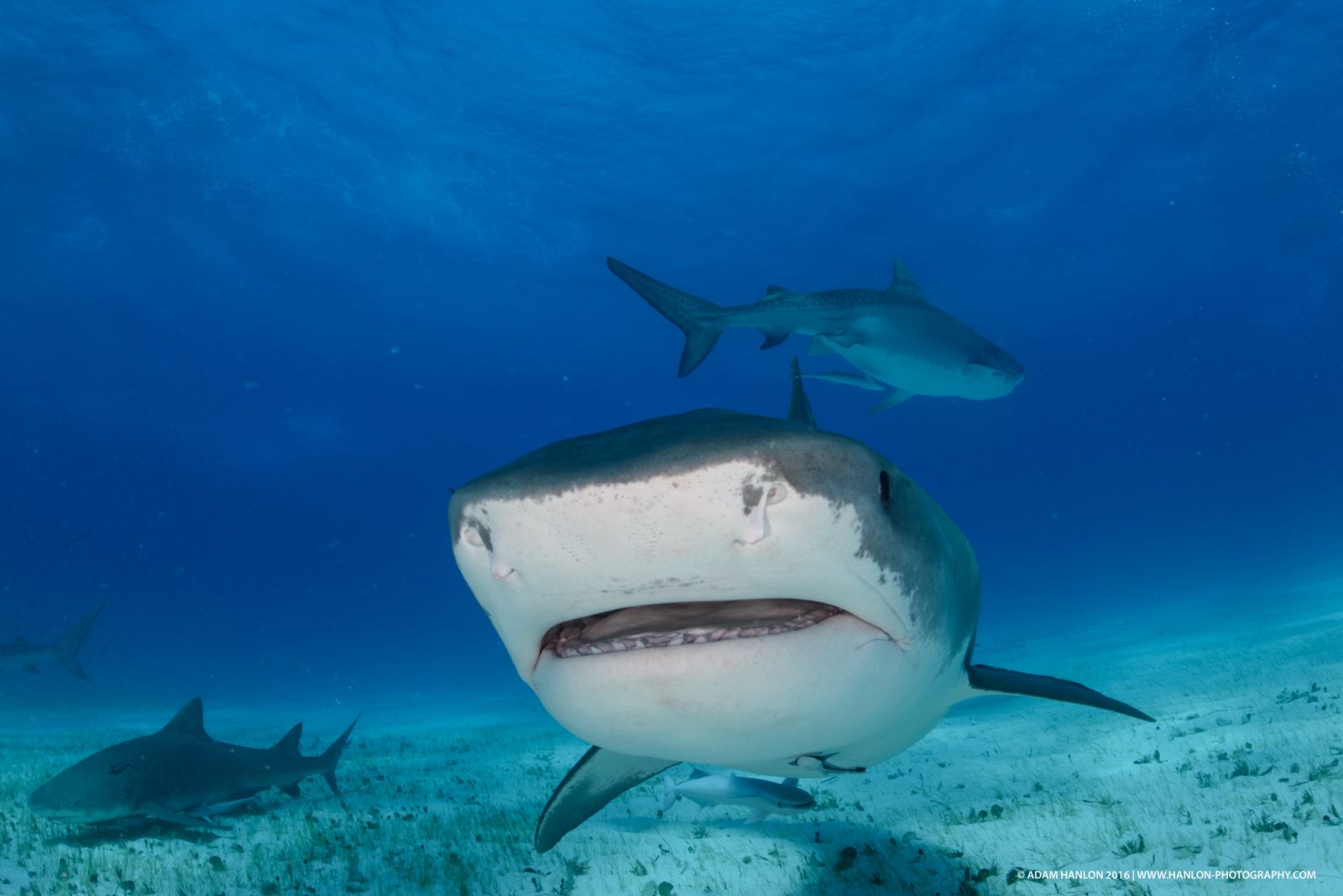 The fin itself is tasteless and the flavoring used in shark fin soup is actually chicken.
The other significant issue affecting sharks' survival is the wasteful and indiscriminate practices of modern commercial fishing. It is accepted that most fishing vessels discard (throw overboard) between a third and half of the total weight of fish caught. Fish species have differing commercial values, and a vessel seeks to fill its freezers with the most valuable species in order to maximize its profits. Hence less profitable catch is discarded. Fish (including sharks) that have been caught and then put back into the ocean suffer a very high mortality rate. In effect, this "bycatch" is wasted. The best commercial analogy is to consider a farmer who deliberately destroys half of his or her produce each harvest. I would imagine that he or she would not be in business very long.
Why then are people not more engaged with shark conservation? Whales have become symbols of the environmental movement and the hunting of them is largely condemned by most people. Sharks are often still vilified, and society at large is neither aware nor motivated to act on their plight
Rob Stewart, maker of the film Sharkwater (http://www.sharkwater.com), describes sharks are being the victims of a "2,000 year bad PR campaign". The visceral human fear of being eaten alive combined with the fact that these predators lurk in the depths and we cannot see them has seen sharks portrayed by culture and the media as being "mindless, killing machines" that prey remorselessly on the weak and defenseless. 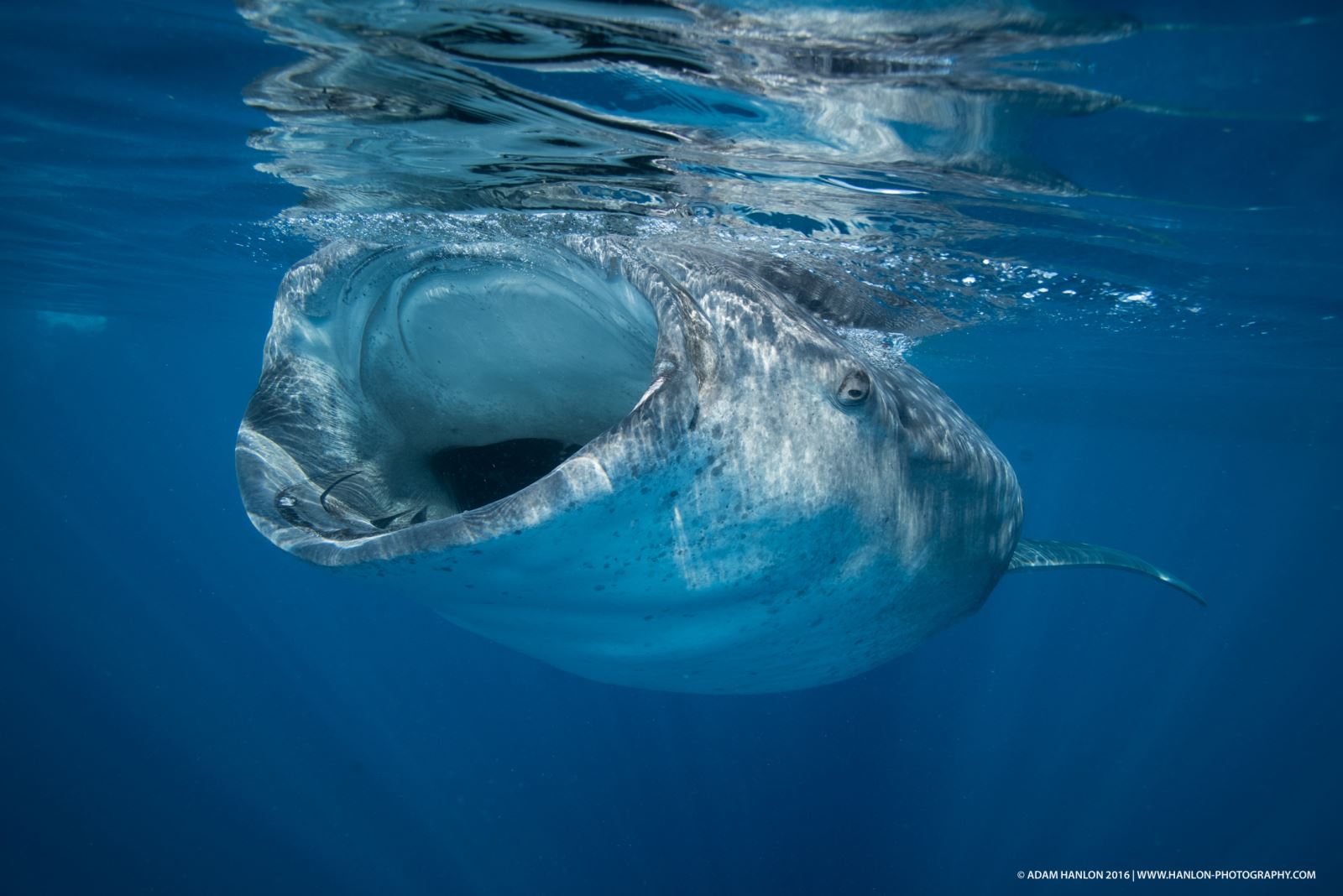 Modern biology and zoology has uncovered an interesting correlation between hunting techniques and intelligence. In general, apex predators require higher levels of intelligence as they actively seek out prey. Individuals that live within social groups develop communication skills and methods of group control. For example, recent research has shown that great whites sharks (*Carcharodon carcharias*) exhibit complex social behavior that establishes rank among individuals in a group. After one shark makes a kill, others sometimes come and feed off the same kill with no apparent aggressive interactions.
Animal intelligence itself is hard to define. Many of the established definitions (e.g. the use of tools) have had to be changed and scientists discover that not all animals behave in the same way for a given stimulus. To use a ball park estimate though, it is likely that large requiem sharks have a similar intelligence level to that exhibited by domesticated dogs. 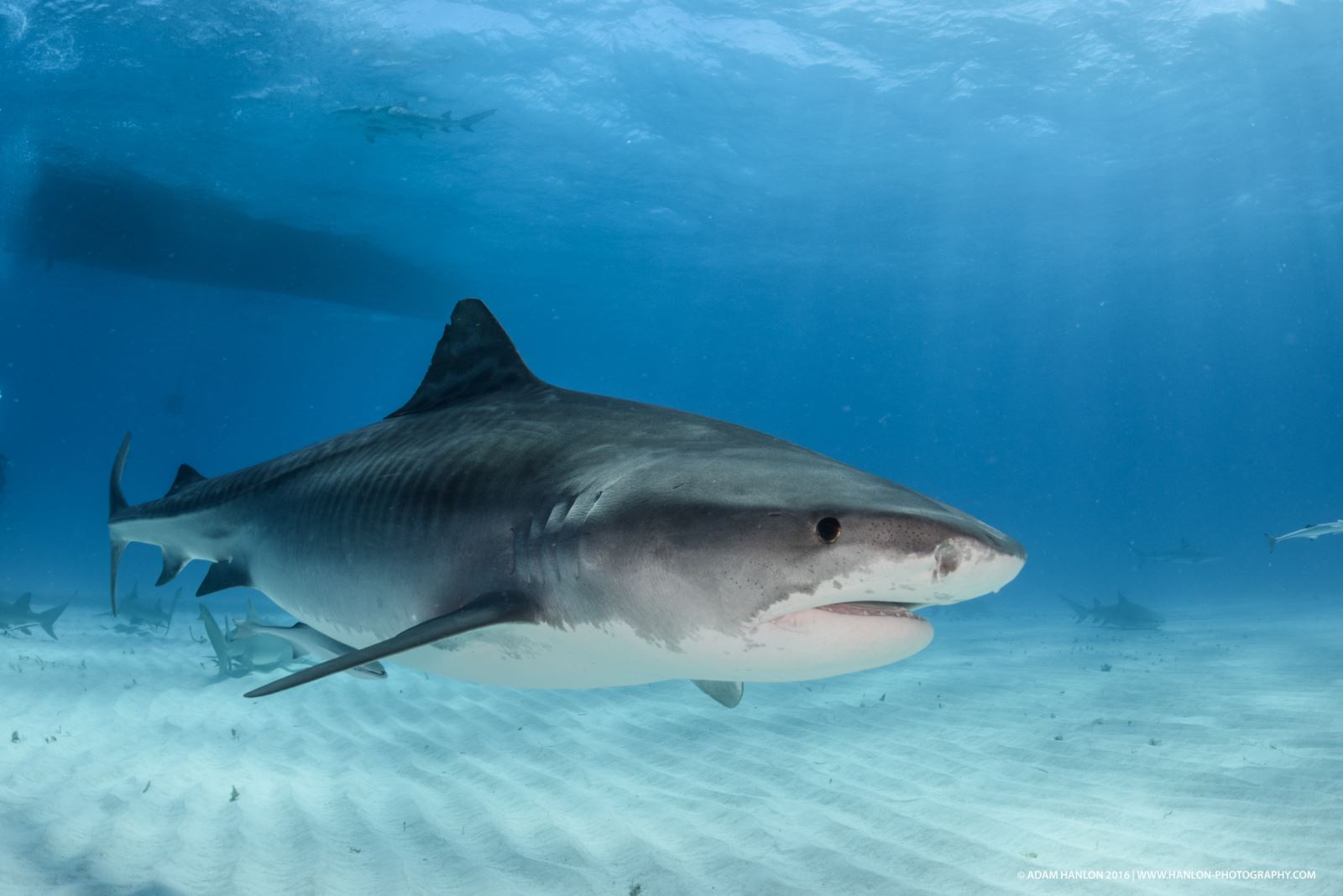 Such levels of intelligence also suggest that sharks have personalities or characters. This should be of no surprise to anyone that has ever owned a pet.
Shark ecotourism has brought significant numbers of people into contact with sharks, and has enabled operators to interact on a day to day basis with sharks in their natural environment. These people can not only identify individual sharks and ascribe to them a personality (happy, sad, grumpy etc.), but can actually tell whether the animals are having a "good day" or are in a bad mood. Shark behavior is far from uniform, individual sharks will interpret stimuli in their environments differently and hence respond in a way that reflects their emotional status at that time.

Carl Sarafina in his book "Beyond Words", shows repeatedly that animals' actions are not simply dependent on what or how, but also on who. People who spend a lot of time with sharks readily see this in them too. The fact that as a species we fail to recognize this in other species is perhaps a telling sign of our own conceit. It is well documented that animals can display emotions that we can readily identify, including loss, joy and sorrow. When group members are removed, this has an effect on the others. Once again, anyone who has experience with pets will know that this is the case.
Perhaps it helps to imagine the effect that shark fishing and finning has graphically. Consider a much loved family pet, with its personality and quirks, being lured by the promise of food onto a hook. It is likely that it drowns at this point, but if it does not, it then has its limbs removed and then it is thrown back into the sea and drowns. Would the pet's reaction to this be fear, bewilderment and pain? How would the other members of its pack react? I am sure that most would agree that this situation is intolerable and inhumane. 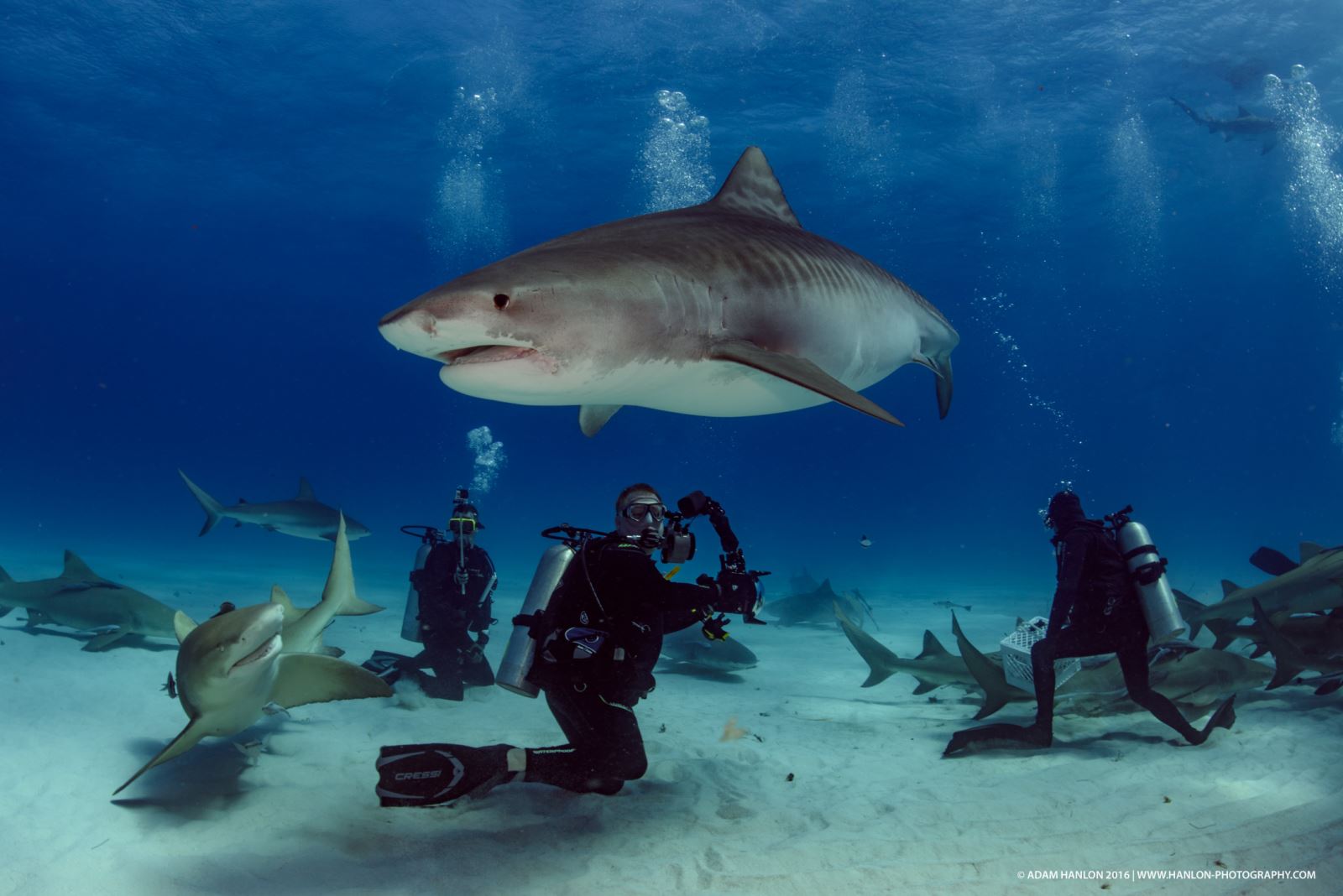 And yet, this same operation is going on to the 100 million or so sharks that are killed every year. This inhumane and unsustainable harvest removes them from the world's oceans in order to satisfy an archaic tradition that is no longer relevant given the relative ease with which sharks can now be caught. At the same time, commercial fishing operations are denuding the oceans of apex predators for no reason beyond the fact that they were in the "wrong place at the wrong time".
Although sharks are intelligent,sentient animals, the have no voice. Unless the world speaks for them and realizes their value, it is certain that we will continue to hunt them until they are all gone.
About the author:
Adam Hanlon is an award winning underwater photographer, passionate about the oceans and their inhabitants. He is also the editor of Wetpixel , the worlds foremost resource on everything to do with underwater imaging. You can view more of his photographic work at http://www.hanlon-photography.com.